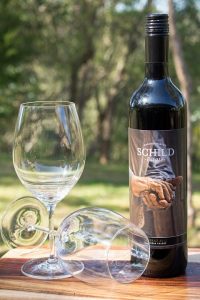 AN END OF AN ERA

The Greater Seattle Chapter of the Enological Society of the Pacific Northwest (The Society), most recently dba the Seattle Wine Society, has accomplished its mission set forth in 1975 and ceased operations at the end of 2012.

The Society had a long and fruitful 37-year history, creating a myriad of events that featured wines of the world and, in particular, those of the Pacific Northwest (British Columbia, Idaho, Oregon, and Washington). With the rapid growth and maturation of the wine industry, opportunities for consumers to participate in wine experiences now abound. As part of that evolution, what the Society did for wine consumers in the past has now been overtaken by the marketing prowess of the wine, food, and hospitality industries.

In the mid-1980s The Society, together with other chapters in Washington State, boasted a total membership of nearly 3000 members. Chapters held monthly meetings, at which programs balanced education with social pleasure, and conducted annual wine festivals and fairs.

In 1976 The Society inaugurated an annual judging of Northwest wines that operated continually for 30 years and was considered to be one of the most prestigious such events in the nation. The Society provided a judging panel drawn from old-world and new-world wine regions, academia, the restaurant trade, wine-related publications, and prominent winemakers, none of whom were from the Pacific Northwest. The judging results were an indication to the members and others of the rise to prominence of the region’s wines, and particularly in the early years, they served as a touchstone for the burgeoning wine industry.

In 1988 The wine Society served as a sponsor to the Auction of Northwest Wines, which benefited Children’s Orthopedic Hospital and raised $20,000 in its first year. This event became the Auction of Washington wines, which currently raises more than a million dollars annually for uncompensated care at Seattle Children’s Hospital and for wine-industry related education in Washington State.

Upon close of operations The Society donated its remaining treasury to three organizations with missions strongly related to that of The Society. These organizations are the Walter Clore Wine & Culinary Center, the Pacific NW Chapter of the American Institute of Wine & Food, and the Northwest Wine Academy at South Seattle Community College.